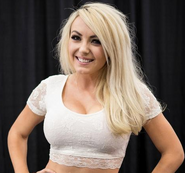 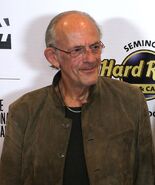 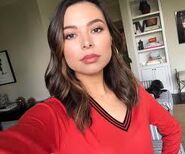 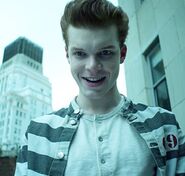 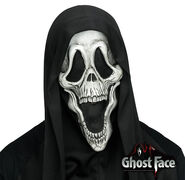 Local horror movie fanatic who first shows our two future ghost faces scream, he is fairly brutish mostly trying to seek revenge for the murder of his brother by skullface his favorite horror movie was silent night deadly night 2

A detective who is mostly an enigmatic figure silently following our protagonist whos girlfriend the nurse who was killed in the explosion along with nathars brother, as he fains being a bit slow like his parallel dewy he carries two 44. magnums at all times

Our main ghostface using the stone varant of the father death costume and the main user of explosive making the plan to shoot up the school however his plan changed when he was shown scream by nathar. he`s mostly laid back and sarcastic and is concidered one of the more popular kids he was shot point blank in the leg with a desert eagle by cops and a shotgun blast to the arm he is currently serving life in prison at the end of the series

Retrieved from "https://scream.fandom.com/wiki/User_blog:Everyone_is_die/Characters_(Scream:_Friends_without_faces)?oldid=186000"
Community content is available under CC-BY-SA unless otherwise noted.